The Control of Hysteria 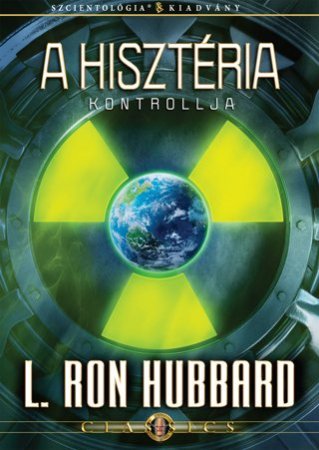 Since the deployment of the first atomic weapons, people everywhere have lived with the possibility that everything they hold dear could be extinguished. For many, the only defense is a hope it will never happen. Yet as the number of countries with nuclear weapons has risen, action is likely to prove a far stronger deterrent than hope. And in a message of compelling urgency, L. Ron Hubbard shows how to resolve the situation at its very core.

More About The Control of Hysteria

Man can be and can be made to be, by our technologies, more civilized than he is, happier than he is, more capable of advancing than he has been. — L. Ron Hubbard

Since the deployment of the first atomic weapons, people everywhere have lived with the possibility that everything they hold dear—their lives, their families, their careers and even the human species itself—could be extinguished in a few moments of devastation. Such consequences would be so overwhelming that, for many, the only defense is a hope it will never happen.

Yet as the number of countries with atomic and nuclear weapons has risen and an international black market actively trades nuclear materials, action is likely to prove a far stronger deterrent than hope. To be effective, that action would have to address the real source of the danger. Does it lie in the awesome destructive power of modern weapons? Is it the damaging effects of the radiation that would creep across continents? Or does the actual cause lie elsewhere?

In a message of compelling urgency, L. Ron Hubbard not only answers these questions, but also shows how to resolve the situation at its very core. For the most fundamental danger of all lies not in the weapons themselves, but in the barbarity that would drive men to deploy them against their fellows. To assist both individuals and governments not only to maintain stability, but to defeat their real enemies—disease, the elements and Man’s own unreason—Mr. Hubbard sets out a humanitarian program vital to all. Applied broadly, it could raise Man to a high enough level of understanding that individuals could live their lives free not only from war and the fear of war, but free even from the possibility that a war could ever again occur.

Choose how many pieces of the publications you want!

What happens if you press the Order button?

Your order will be processed within a few seconds and you will receive a confirmation e-mail and a Proforma Invoice by e-mail for the email address you have provided. To ensure that you receive the ordered publications without delay, you will be redirected to the payment page after pressing the button and processing your order. This is provided by the system of szamlazz.hu, where you can pay by credit card using OTP Mobil's secure SimplePay interface. You will also be able to access this payment page later any time from the e-mail sent to you. 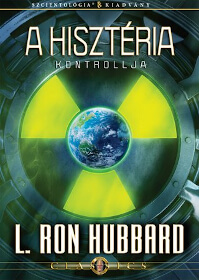